The notorious dictator of Ethiopia, dictator Abiy Ahmed Ali has embarked on a genocide mobilisation trip. The dictator after losing popular support in Ethiopia, has decided to seek help from his fellow criminals in the region. The Uganda and Rwanda dictators have made careers in genocide. Criminal Paul Kagame and Criminal Yoweri Museveni are responsible for mass murder in Uganda, Rwanda, and the Democratic Republic of Congo. According to the UN mapping report, when taken to a competent court, the crimes against humanity in DR Congo, tantamount to a genocide. However, Criminal Paul Kagame and Criminal Yoweri Museveni, have mastered the art of using lobbyists and Public Relations(PR) firms to cleanse their crimes.

The Criminal regime in Ethiopia feels more at home in the company of known criminals- from Turkey, South Sudan, Uganda, to Rwanda, etc.

One of the main reason why the Ethiopian Dictator, Abiy Ahmed Ali has made visits to Rwanda and Uganda, is to solicit for troops. This comes after his presidential Brigade, was humiliated at the battle field by the Tigray Defence Forces (TDF) guerrillas.

The presidential Brigade is in disarray, and throwing away their weapons, and abandoning tanks. Some have been caught, disguised as religious monks and vegetable sellers. However, regardless of their disguise, its easy to spot a thug.

The fighting is getting closer to Addis Ababa. The west and central Ethiopia, is now under the control of another guerrilla group, the Oromo Liberation Army(OLA).

The Oromo, happens to be the largest ethnic group in Ethiopia, and the Dictator is from the Oromo. But they abandoned him, and made an alliance with Tigray Defence Forces (TDF) for regime change.
Those that don’t know the background of Dictator Abiy Ahmed Ali; his a Lt Colonel and a specialist in intelligence gathering. During the TPLF regime, he used to head the notorious Secret Service Agency of Ethiopia.

What Dictator Abiy Ahmed and Dictator Yoweri Museveni have in Common:

Their sycophants are too drunk on propaganda and delusions, to realise they’re on a sinking ship. 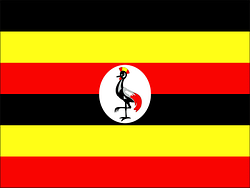